As I near 30 I am finding myself reflecting on all sorts of things and they tend to be organized in lists. Achievements, regrets, disappointments, hopes, dreams, even silly things like favourite songs in my 20’s. I think over the coming months I’ll write a lot of these things down, so I think a good place to start is something a bit light ‘n easy.

Influential, inspirational, or just pure melody orgasm; whatever it is everyone has certain sounds they love and I think all of us have a list that we keep and this is mine, in no order. I’ve probably missed something, but these would be real close.

There’s something about this song that I love. The stringy guitar start and finish, the powerful middle that really builds, I don’t know what it is but this is one of those songs I can safely say I have never skipped forward when it came on. It turns out that it is the longest charting number one single in Billboard Hot 100 Airplay history with 18 consecutive weeks in the number one spot. So a lot of people agree with me.

A song about separation – I’ve never had someone so loved by me leave, but if they ever did this is the kind of song that would stir the emotions and re-hash scars cut deep. Amy Lee has the most amazing voice and if I was to ever fall in love with a voice hers would be it.

Creed has had it’s fair share of ups and downs, critics and naysayers but let’s face it – for a time (when they were going multi platinum and winning Grammys) a lot of people were into them. I did too; if there was ever a song to shed a tear and celebrate the birth of your son this was it.

“Well I just heard the news today, It seems my life is going to change…” and
“I’ll show you love, I’ll show you everything, With arms wide open…”

I remember the day vividly when Jenifer walked up to me holding a pair of baby shoes. She was coming to tell me something I had never heard before. I was going to be a daddy. Powerful. I’ll show you EVERYTHING.

My heart breaks for anyone who has lost their mum or dad or wife or brother or sister; I could go on, this song makes me almost grieve for something that has never actually happened to me! No, this isn’t about September 11 though in that context the song remains powerful. This is truly the songwriters pain of remembering when he lost his father and in the face of such a traumatic event, never fully recovers. Crushing.

Listen to the song; think about high school, think about hanging out at lunch time, think about mates long gone, think about your first girlfriend, think about home, about things from your adolescence. “I miss that town, I miss the faces…” are surely words that burn into anyone who has moved far from home like we have.

Word so powerful right off the bat; a woman’s only son has died and as many do, questions God. Elsewhere in the world life goes on, but she is still there with her daughter crying. Amidst all this we’re reminded we’re all the same, looking for love and that the world truly is crying out for much more than what it’s getting. There’s also a message about war and how can those responsible for waging it sleep at night?

The story of divorce as seen by a child. Early on he tries to block it out and as he grows starts pretending to his friends that everything is alright. It was tough for me to choose between this and Father Of Mine (also by Everclear), the story of a father who leaves the family when the writer was a young boy. Both songs gut me and stir a passion within to be the best father I can be to my boys. I want to coach them, wrestle them, eat McDonalds ice-cream cones with them, swim with them, play video games with them and never leave them.

A man on his deathbed looks back at life to assess whether he really lived. It gets me thinking every time, especially as I near 30, about where I am in life. I get disappointed with some things but am so grateful for others; I have a wonderful wife and three healthy, amazing boys. I’ve traveled to far places in this world, I’ve played sport with a passion and am starting to coach my sons. I’m luckier than so many and will try so hard not to take life for granted.

A song that has been taken a few different ways; a war ravaged world (as in the video) with carnage all about and people fighting for freedom; of suicide; or perhaps someone terminally ill. I think it comes down to dealing with a situation that has no answer or solution. “Sometimes goodbye is the only way…” is a line that I think I would like to say on my deathbed. When that day eventually arrives the sun will set for me and I will let my loved ones know that everything is okay, it’s my time and sometimes goodbye is the only way. Just a gorgeous song.

I actually have few songs that have explicit lyrics; I’m a husband and father and I personally find that explicit lyrics tend to promote anger and hate. This one is an exception for me as first I own the non-explicit version, but second easily fires me up in certain situations. Sport. The song applies to the real life of Eminem and the hardships he faced rapping, the insults received for being a white rapper and the troubles of an alcoholic parent.

“Feet fail me not, this may be the only opportunity I got…” are inspirational to me as I prepare to bat. You never know when your lucky break will come, for most of us it never happens but you need to put yourself into the position and remind yourself that you could be noticed by anyone at any time. Apply yourself with 150% energy always and chances are you will succeed. 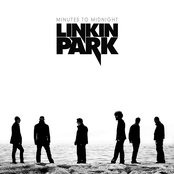 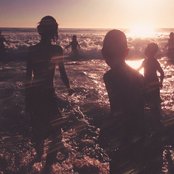 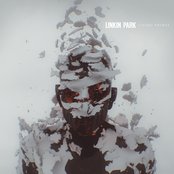