Three weeks ago I started a new job in Sydney. Having worked from home for much of the past three years, this was a step into the normal extraordinary for me. No longer could I work in my pyjama’s if I felt like it. No longer could I pound music while I worked. No longer could I take advantage of a flexible schedule; agree to a lunch time cricket practice, watch Hayden while Jenifer ran errands or work late.

Suddenly I was commuting, leaving at the crack at dawn, winding my way through St George, the “Shire” and leaving work at work for the first time in years. I actually joked at the time that I got to listen to the radio again and can prove that I was asking mates about their station of preference. Mark Geyer and Wally Lewis had a number of classic encounters on the field.

Listening to The Grill Team on Triple-M I found an enjoyable way to deal with the not yet mundane. In fact I haven’t had a single momentary lapse of road rage as I’ve been laughing nearly all of the time. I started attempting to call in to win competitions; one such comp gives a pool of callers 90 seconds to answer mostly relevant sport questions. Whoever is on the line at the end of 90 seconds wins. They don’t necessarily have to even answer a question, if the buzzer goes off because the previous caller got one wrong and you happened to be next up when the buzzer goes off you win!

The prize has been a football jersey of your choice from Rebel Sports, $170 value and certainly worthy of the morning attempts. Sadly I never got on the show. I couldn’t even get past the busy signal to have a chance. Though a relatively new morning show team they appear to have a big following already.

Another competition was the chance to bring a mate to the Rugby League Grand Final and enjoy the comforts and prestige of a corporate box with The Grill Team! Each of the five radio hosts would take turns, one each for five mornings, talking about their favourite Grand Final. The successful caller would have to name the year the Grand Final occurred. The first morning was the 1975 Grand Final between St George Dragons and Eastern Suburbs Roosters, until last year the most one sided Grand Final in history. I didn’t know the year but honestly hand in my mind 1975. It mattered not, I was met with a busy signal anyway.

The second morning was the 1999 Grand Final between St George Illawarra Dragons and the Melbourne Storm, known for the most controversial decision in Grand Final history. There were also a rugby league world record 107,999 fans at the game. I knew the answer but alas couldn’t get through.

The third morning was the 2002 Grand Final between Sydney Roosters and the New Zealand Warriors; NZ’s first ever Grand Final and the Roosters first Premiership in 27 years. I knew the answer but you know the story.

The fourth morning was the 1991 Grand Final between the Penrith Panthers and the Canberra Raiders; one of my personal favourites as Penrith won their first ever title and made up for the loss to the same team in the Grand Final the year prior. When Triple-M announced that Mark Geyer was up next to have his grand final memory turn I just knew he had to go 1991. He played in that Grand Final. He clinched the sensational game with a freakishly fortunate bounce and off-loaded to retiring Royce Simmons to ensure a fairytale finish. I dialed immediately. And so I started waiting. My legs were shaking. I was in peak hour traffic. I was on the mobile while driving and therefore breaking a law but didn’t care. I was afraid the call would drop. I was afraid I had come this far and someone else would get the spotlight first chance to answer. I was afraid the tunnel approaching a kilometre away would sever the connection.

MMM – “Thanks for holding, what’s your name and where are you calling from?”
Me – “Mike from Sydney.”
MMM – “Okay Mike from Sydney, if we get you on the radio will you go nuts for us?”
Me – “Yeah… absolutely mate!”

Meanwhile Mark Geyer was re-living his Grand Final. Mind you each morning previous the memory had lasted 30-60 seconds. Mark Geyer was going on for at least 5 minutes. It was torture, I was still shaking and just about losing it. Finally,

MMM – “Okay Mike you’re on with the Grill Team in just a moment.”

Mark Geyer wraps up his memory, and quite fairly one of the greatest in Rugby League history.

Grill Team – “We have Mike from Sydney on the line, what year was it?”
Me – “I’m still wiping the tears MG… 1991.”
Grill Team – (in unison) “YEEEAAAAHHHHHHHHHHHHHHHH!!!!!!!!!! Mike you’ll be joining The Grill Team at the Grand Final in our very own corporate box. How is that mate?”
Me – “YOU BLOODY BEAUTY!”

And honestly I didn’t know what else I said. I was suddenly the unknown envy of thousands of callers, possibly tens of thousands of listeners. Who knows, maybe a hundred thousand. I was giddy, I was in disbelief, I AM one of the luckiest people going around.

Parramatta, my favourite team; who went from 2nd last mid-way through the season to squeeze into the final playoff spot and then proceeded to eliminate everyone in the playoffs with some of the most outstanding and entertaining footy ever seen.

No matter the result, I am beginning to believe I am one blessed individual.

The fifth morning, who cares… 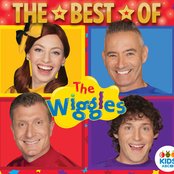 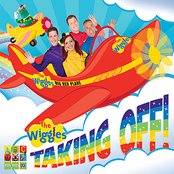