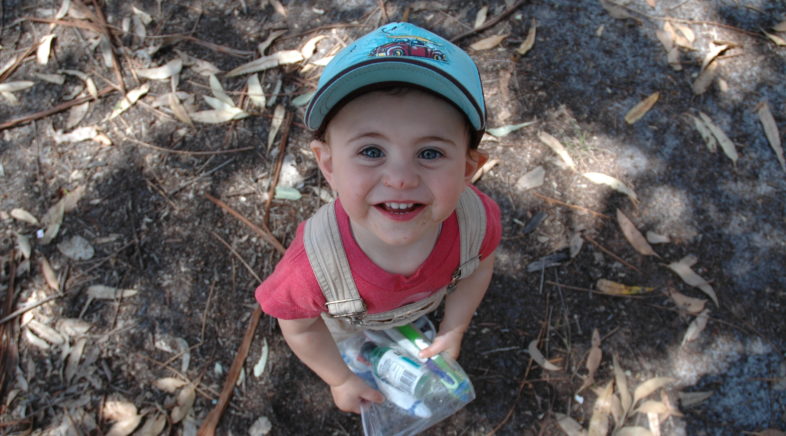 Recently the family took an opportunity to explore more of the south coast of New South Wales with a church camping trip to Ulladulla. Now, while I like to camp and wish we did a lot more, I typically find myself cringing when thinking about jamming everything into the Toyota Camry.

But we did and away we went, all the more special because our good friends Matt and Holly were travelling with their family as well. A few hours drive and a missed turn (because I was told to take the first turn after a certain landmark, which I did but was not told it was the first left) we arrived at our destination.

This was Hayden’s first camping trip and while I am not sure he grasped the concept it was fun watching him try to help erect the tent. Nevan and Liam had friends somewhere in the park so duly rushed off to find them, strategically getting out of work.

All the usual shenanigans of a camping trip took place but the highlights for me was sort of setting up some ground rules that I hope to turn into tradition in years to come. They were, in no order:

Up at the crack of dawn

The rule being the boys had to get up with me somewhere between 5am and 6am to go and do something at the beach. One morning it was fishing and the other rock-climbing / rock-pool exploration. Honestly the best time of day are those earliest moments when the air has bite, especially when camping. I’m proud of the boys and if it wasn’t for my fear of getting sand in the camera I’d have taken a ton of photos.

None. Whatsoever. The boys were allowed to travel with their Nintendo DS but once we got there they had to be packed away in the car. When you’re forced to find something to do to keep yourself amused it’s amazing how simple it can turn out to be. From bush walking to games of footy and tree climbing, I’m pretty confident the boys enjoyed all activities and had a great weekend.

In charge of the fire

In a sense. Kids want to be involved in the cool stuff too, like the campfire. While I was the one to light it, they were “in charge” which meant gathering wood and deciding when to add more to the fire. This sense of ownership was so welcomed they actually didn’t grumble about going and finding more wood.

We also spent a day at a neighbouring resort who offered activities such as canoeing, paddle boating, tennis and a range of other activities. The older boys and I took off in the lake and explored a nearby island (which wasn’t an island, the landform gave it the appearance of an island and the kids didn’t know better) and basically paddled our hearts content.

I took a few photos but looking back regret that I didn’t take more. That will change on the next camping trip, for certain. All in all an enjoyable weekend with our friends and hope to go on more trips in the near future!