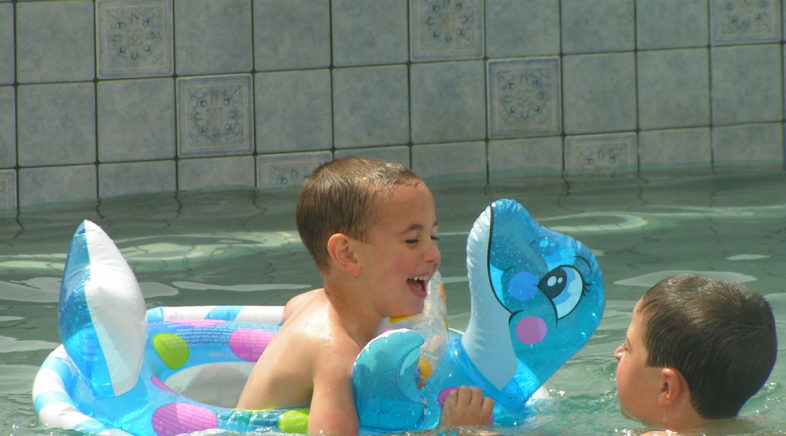 We were going to go camping for the long weekend, leave Saturday morning sometime and go find somewhere kind of remote (but still nearby) to pitch the tent and just muck around in the forest for a few days. Friday night I got a call from some friends in Pagosa Springs asking if we wanted to come and visit Friday night, having nothing else to do that night I immediately agreed. It was remarkable timing as Jenifer and I had just talked a few minutes prior about whether to leave camping that night or wait until the morning. I decided to procrastinate 😉

But it gets better. This couple have 3 kids, one who just graduated high school, a 9yr old and a 2yr old. Quite a spread. The 2yr old has leukemia. I know they’ve had a rough couple years, so when they asked us to come over I definitely wanted to make their day by having company, we ended up staying until Monday afternoon! The little boy, Tre, has had 7 chemo sessions now and should completely lick it in the coming year or two. The kid is amazing, probably doesn’t know whats going on, but bubbly and fun. Just no hair.

We played Texas Hold Em with all the chips and everything until 2 or 3 in the morning twice! Haha, it was like being in Vegas again! Sunday we bought fishing licenses for the day and hit the lakes. Nevan caught a trout immediately, but Kenny (the guy we stayed with) threw it back because he was pretty sure we had to throw those back. Turns out having read the rules a bit after, we could have kept it. It was a beauty! I took a photo, so when I get it developed I will chuck it on the site. We didn’t have much more luck there, so we moved around to a few different lakes that day. We found an amazing spot where we were reeling in Perch a plenty. They were just too small to really bring home and eat, so it was just catch and release. The kids didn’t care, they had a ball. We decided to head to another lake where there were apparently a ton of 25″ trout caught earlier that day, but we didn’t even get a bite. That’s a bit boring for the kids, they took care of that situation by going back to the car and play with their gameboys. So we decided to go back to that hot spot and kept reeling in perch.

All in all, tons of little things like riding bikes, playing soccer, visiting the hot springs, watching movies, made it a pretty cool weekend. And it was even better to give this couple some good company for the long weekend. The fact they wanted us to spend the long weekend with us was really nice.