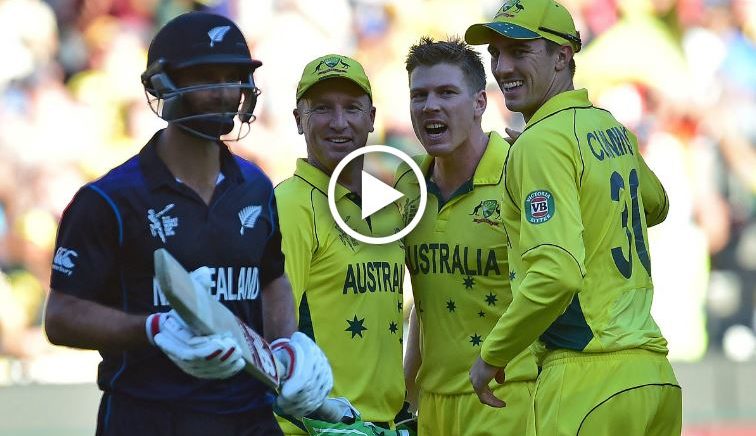 We do rate you. We rate you very much. Even more so as you’re one bloke who really stood tall for the Black Caps in the Final. Who had a large hand in taking New Zealand further than they have ever reached before.

He loved it. He had the experience of a lifetime, that which none of us, the armchair sports fans, will ever have.

Yes there was banter either side that started in Auckland. Who. Cares?

So, cue the backlash. Cue the sore losers. Cue the social media in frenzy over Australia’s aggression on the field. Cue the arm chair experts who think they possess the right to pass judgement on behalf of Grant Elliott.

I’ve received recent comments from Indian friends such as, “This is what the world thinks of you Australia.”

I honestly chuckle at this. It’s an incredulous viewpoint and one that can only serve to incense the Australian reader or make the writer feel better about their situation/loss. I get that losing is hard. We all go through it.

I think back to the incredible Watson / Riaz battle. I don’t recall getting in a tizzy over Riaz’s aggression. I don’t recall much other than they were fined and past greats offered to foot the bill. Put simply. We loved it. We all loved it. Riaz will generate further interest and lure fans to games because of his passion. I can’t wait to see him in person. I barely missed an Australian game this World Cup, but this was one. I personally said to Watson the morning after the World Cup Final, “Way to hang in there against Riaz.” He just gave me a wry smile.

This has caused me to take pause and say, “Hold on a sec”. There’s heavy Indian social media, friends, acquaintances and follows alike – that dare judge Australia or what Australia is by this on-field banter? Incredible!

Pakistani players are currently banned from playing in the IPL. One reason? Because of the Mumbai attacks in 2011. Wow. This isn’t even rational logic, where would you draw the line? Because of XYZ we’re preventing ABC. You won’t see Riaz (who could be the worlds best in years to come) thunder in to your batsmen in your backyard. Because someone he doesn’t know was involved in a terrorist act? One that he most surely condemns himself? Incredible.

But hold your thoughts from exploding for just a moment, as mine are. Brad Haddin clapped in Guptill’s face and Johnson stared down Vettori. Shit! Gotta make my voice heard!

Congratulations Australia on your 5th World Cup. I had an absolute blast. Congratulations New Zealand on doing what no one would have thought pre-tournament. Congratulations India on turning one of the worst summers around into a near World Cup Final berth. I traveled hard with my boys and some of my closest Indian friends. It’s six weeks that none of us will ever forget.

So, moving right along.