I arrived in Atlanta on Monday evening, not without a few hiccups getting here. My plane from my hometown to San Francisco was 2 hours late, meaning I missed my connection to Atlanta direct by about 10 minutes. So, I was put on a flight to Denver Colorado, which was leaving in 10 minutes, then on to Atlanta Georgia. I got here a few hours later than I was originally scheduled.

Interesting thought. What plane was my luggage on? I went to baggage claim and as I expected my luggage didn’t show up. I went to the United Baggage Claim Office, where outside the door was my luggage with a number of other peoples. It seems like my luggage did make that first flight or maybe another one that got to Atlanta faster than I did.

I arrived at the store where I was to begin installation, to quickly recognise that once again that wasn’t going to happen. This is the 3rd installation in a total of 6 where I could not do anything due to the store still being built, running behind schedule.

All day Tuesday I did nothing. I watched TV, read online news, played a few games and did some website work.

Right now it’s 4pm Wednesday. I still have not done anything because the store is not ready. Apparently I can go down there in an hour and install. We’ll see. 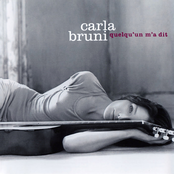