In honour of Australia completing the world cup preliminary’s undefeated, here are a number of photos from the Cricket World Cup, and a dashing innings from the master batsman himself, Nevan.

He displayed an awesome array of shots, sweeping, pulling, driving and even going over the top to find the boundary regularly. Neither Michael or Liam could halt the little masters’ progress.

Nevan received this cricket set from his grandma Judy in Australia for his 3rd birthday. Since then, to my delight, he has been very keen on playing with me, but also watching the world cup games on TV with me. I’ve been following the World Cup closely (of course) and it has been fun to have Nevan watch it with me and hopefully pick up a thing or two. Jenifer also watches with me, but then again over the years she has gotten to know cricket probably better than any American I know.

We hope you enjoy! 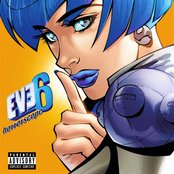