I don’t have words to express how much fun I had and how freakin’ cool it was to mingle and play against first class teams AND ex-international cricketers. Check this out!

There is more to come! I haven’t finished the photo’s on the 2nd roll so I will upload them when I get them finished and developed. As for my playing experience:

I was marginally disappointed to not actually play against these blokes above. Our pool play didn’t see us up against them. However, I did play against the Trinidad & Tobago and Air India first class teams. They had the following who I recognised:

I watched countless more stars and upcoming stars play when I wasn’t playing. Air India ended up winning the whole thing. I’ll write a blog entry about it all soon! 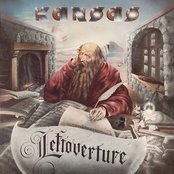